From Australia to Indonesia

My time in Australia was wonderful, full of reunions and meeting new people.  I attended some of Figtree Anglican Church's missions conference, which was encouraging on many levels. It's always a blessing to see how God's people are engaged in building God's kingdom.

Because of my connections last summer through the internship, there's a tie and sense of family with those at the church already. I was also encouraged by the kids' church who were hi lighting South Carolina!  It was an unexpected blessing to get to share a bit and get prayed for especially since I'm halfway across the world from my own church and family.

I also was able to process some with friends as well as enjoy things that I love like nature, shared meals, and sunshine!

Speaking of sunshine, I'm now in Indonesia where it's shining brightly and much warmer than the past couple months. Anyone who knows me even a little knows that this is no complaint, but a huge cause of thankfulness.

We start a couple of conferences starting tomorrow.  I'm super excited to gather with others from all over the globe. I have much to learn and would appreciate your prayers for all of us as we travel and adjust to a different climate and mix of cultures. Thanks for following!

I arrived in Sydney Tuesday bright and early after two overnight flights from London.  I have to say that Australia feels more like home to me than anywhere else I've traveled this summer...though it's winter here!  And that was perhaps one of the reasons: despite it being mid-winter, I was met with sunshine and 70's + (21+ C) weather.  Of course the next day was much cooler with low 60's and rain, but my body and mind can accept this since it is actually winter here.

The timing of my flight was perfect as former Fiji intern Mitch was already heading to the airport to pick up his sis and friend a bit later to bring us to Wollongong.  He came a bit early and took me to Botany Bay, which made me so happy as that is one of my favorite places in Australia. :)  As you John's Island peeps know, we have our own Botany Bay, which my family often goes to in the boat for a fun day and also is the view from my favorite prayer spot.

That was the first of several reunions with many more to come.  I'm staying with a lovely family whose daughter, Martha, came to Fiji last summer for the mission trip.  She's at school during the day, but we get to speak French every evening. :)  I'm thankful for a relaxing pace to see people and also get some work done before I head to Indonesia next week for 2.5 weeks of conferences. (Heads up in case I'm MIA for a while).  It's also nice to be somewhere I've been before and that has beaches and boats, which I'm missing back home.

And of course, I'm loving the accents and Aussie culture.  I actually had a man tell me "G'day" on my walk yesterday!  I felt like saying "thank you" instead of my American "hi" just for making my day.  Since most of you reading this are behind us here, g'day to y'all, too, mates.

Disclaimer: The y'all is all me.  I'll always be southern. ;)
Posted by Follow Anne's Adventures at 4:15 AM

I'm past the halfway mark, about 6 weeks in to my 10 weeks of traveling.  It's interesting the questions and reactions I've gotten.  Other than surprise, a common response is that I'm brave...which surprises me.  Maybe it's because I know me.  I do love the excitement and adventure of exploring new places and learning about the people and cultures, some for the first time.  But to be honest, sometimes...often even... it's hard.  Not every day is a good day, and while I always try to find the best in a situation, some situations try me more than others.  And if I'm not careful, I can slip into a mindset where my weakness seems to rule.
In God's Word, a man named Paul actually boast of his weaknesses and hardships because God promised him personally--and all who trust Him--that His grace is sufficient in our weakness.
In case you don't know this about me, I believe that God's Word is powerful and can change us as well as our circumstances.  I say I believe, but...

Last Monday, after three flights from Norway and two hours to get out of security/baggage at Heathrow, I was exhausted and plain miserable.  I had already struggled up stairs with all of my bags, no one helping, only to find there were no seats available on the tube.  It's a good thing I didn't know the journey would take almost two more hours to get to my accommodations!  What I did know is that I had every intention of sitting down as soon as the person on the end got up.  But would you believe that when it became available, a man already seated got up and quickly took the spot? At this point, my misery mounted along with very mean thoughts about this man.  Could he not see that I needed that spot?
It was a few minutes later when I did get to sit that I actually brought my offense and frustration to the Lord.  And an amazing thing happened: I was free of the bitterness that attempted to take root; and from that point on, someone offered to help me at every stairwell and on/off every train!!  I was so humbled and also reminded of the opportunity and value of inviting the Lord into our weakness and taking Him at His Word: His strength is perfected in our weaknesses!
This is one of many examples of where I've seen Him provide as I've offered my petty hardships.  I'm thankful for a God who cares for us rather than despising our weakness.  And who frees us to love others when we are too weak to.
With that, I've got a LOT of airport/air time over the next couple of days...waiting to board my overnight to Australia!  Here's to trading weakness for strength!

Last Thursday I arrived in Norway!  It's unlike any place I've been before for sure.   Being from the coast, my heart is full every time I look out the front window and gaze upon the North Sea (or it may be an inlet, but gorgeous!) 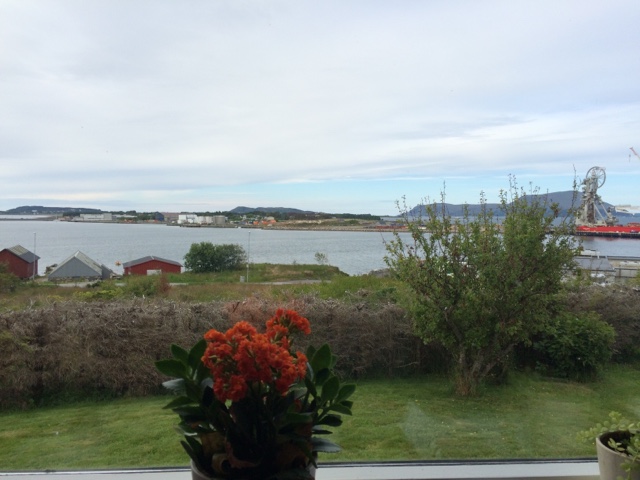 The past few days have been a time of rest: limited emails and decisions, no meetings, and a good bit of sleep!  While I really, really like the work I've begun, I've learned in life the importance of refrain at the right times, not out if laziness, but to recharge. That time is now!
It's also been wonderful reconnecting with friends from grad school days.  They're the kind you can go a few years without seeing each other (in person), but catch right up where you left off from.
Not only is it great to be with them, but their lives are such a testimony of God's faithfulness.  Gunnhild and I used to meet on a weekly basis, and a regular prayer in their lives was to have children.  In 2014, they adopted two beautiful Ethiopian children: Nora and Moses.  Shortly after, their daughter (my godchild) Salome was born.  Seeing them all together is a "live" picture of answered prayer to fulfill their heart's desires.  The way they pour into these children and each other is beautiful. 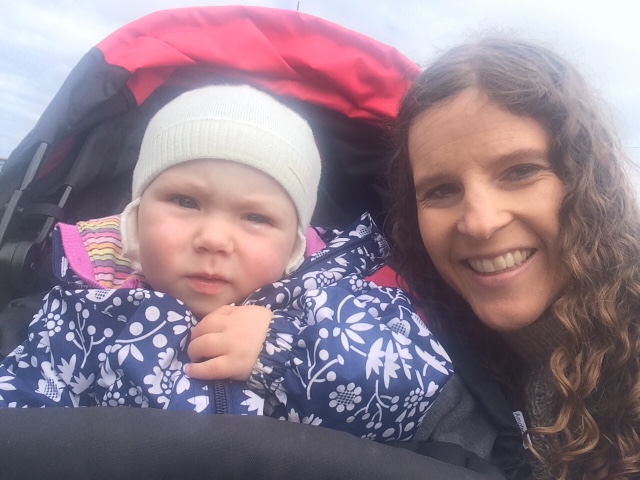 As if that weren't enough, I've gotten to visit several beauties nearby: a bird sanctuary, beach, town of Åelsund, the fjords, and a lighthouse.  I'm not going to lie, I'm so glad I'm visiting in the summer!  When the sun comes out, it's quite strong and even hot, but when it doesn't, brrr! 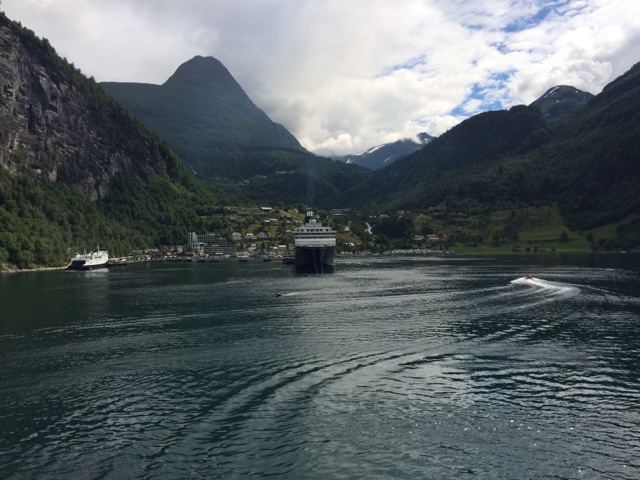 As I'm about to enter a world where I work with Europeans, I'm glad to broaden my horizons and experience a little more--some of Scandinavia--for myself!  Thankful to do this in the form of a Norwegian vacation!
Posted by Follow Anne's Adventures at 1:29 PM